TikTok is for kids, right? A short guide for businesses

If you haven’t heard of TikTok, you’ll find the stats for the fastest growing video social network astonishing. In February last year, it exceeded one billion installs and the company that owns it, Bytedance, has now beat Uber to become the world’s most valuable start-up.

But… what is it? Is TikTok just for kids or is there a business marketing case?

TikTok for the uninitiated

Look on the back of the TikTok tin and you’re told that it’s a “destination for short-form mobile videos”. But that doesn’t really set it apart from the likes of YouTube, does it?

Where TikTok differs slightly is that it allows creators to share looping videos of between 15 and 60 seconds in length. They’re vertical (due to the fact they can only be created on a smartphone) and the app offers a huge toolkit of editing features.

This enables users to chose from a significant music library or score and tune their own content.

You might hear people describe TikTok as a lip-syncing app, and while many of the first videos that appeared on the platform were exactly that (it’s forefather, Muscial.ly was based on that premise), it’s actually a far more creative tool.

The TikTok demographic is fascinating.

As you’d expect, it’s most popular with teenagers (or ‘generation z’, as they’re often referred to). Stats suggest that 41% of TikTok users are aged between 16 and 24.

TikTok’s homeland is actually China, where it has around 500 million active monthly users. Despite this, it is available in 154 countries across the world and has 40% of its users located outside of China.

The app has been downloaded 96 million times in the United States, but you’re just as likely to see it on the phones of teenagers on British shores, too.

Is there a business case?

There are some big brands already using TikTok, including Nike, Disney and Apple Music, but there isn’t a defined ad platform available just yet.

It’s fair to assume that the big businesses were approached directly by TikTok, and the platform has gradually been pushing ads, although admittedly not with the ferocity of an established service like YouTube.

Some brands have dabbled with TikTok influencer marketing, including Universal who used the video sharing service to promote its film, The House with a Clock in its Walls.

However, if you’re a small or medium sized business without the clout of a monolith like Universal, you’re unlikely to find much of a business case for TikTok at the moment. That is, unless you’re willing to invest time in creating some organic content, which might get you in the mindset of regularly publishing short form video – no bad thing.

This is because there’s no option to run pay-per-click (PPC) ads on TikTok yet. And that means there’s no audience targeting options like you’d find on Facebook.

The sheer rate at which TikTok is growing and the interest shown in the platform by big brands is encouraging. It demonstrates that this is an app worth keeping an eye on if you’re a marketer or business owner.

The key lies in if and when TikTok decides to implement PPC ads or some other form of paid promotion. Until then, we’d suggest installing the app, taking a look now and again to get a feel for its feature set… and staying tuned to this blog. We’ll let you know if and when it’s worth jumping on this particular video bandwagon.

Do you have an opinion on TikTok? Is there something you think we might have missed when looking at it? Let us know what you think below in the comments. 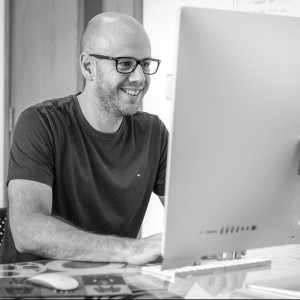