In a world so densely populated by the philosophical millennial generation, diversity and inclusion is a continuous and evolving discussion.  So, as the millennial is the largest contemporary consumer group, marketing has co-opted and implemented the discourse.  And of course, like any important marketing movement; HubSpot defines it best.

“Inclusive marketing describes campaigns that embrace diversity by including people from different backgrounds or stories that unique audiences can relate to. While some inclusive campaigns make an effort to break stereotypes, others simply aim to reflect or embrace people in the real world.”

Inclusive marketing, then, attempts to elevate diverse voices and role models and decrease cultural bias.  It is surely the marketer’s responsibility to relay their brand’s message in a way that crosses demographic lines.

The importance of inclusive marketing

Consider society.  Here in the UK, we enjoy a multicultural society with the influence of many ethnicities and the experiences of a multitude of genders, sexualities, ages and abilities.  Every single one of these demographics need representation in some form or another.

Whereas no community can claim all demographics have equality and equity, for businesses their social impact needs to be inclusive.  Our constituencies have become more diverse and interconnected and as such, we have a broader library of values and voices.  If the demographics of society are varied, then our customer pool is equally so.

So, is it not important to adopt inclusive marketing and give representation to all members of a modern and diverse society?

But it’s not without its critics

There is a history of hilarious collisions between brand and critic documented over the years.  Big brands like Yorkshire Tea and Campbell’s Soup were both involved in Twitter arguments to do with the inclusive nature of their products or advertising.

They chose a gay couple with a young child, presumably an adopted son.

Whereas the advertising was mostly received well, or at least publicly accepted by people, there were the obvious critics.  There were always going to be a few trolls, the portrayal of a homosexual couple is something rarely seen in the promotion of innocuous products such as soup.  So, it begs the question:

If Campbell’s Soup knew that their inclusive marketing campaign was going to be divisive and cause such chaos, why would they do it?

A cynic would answer thusly:

Campbell’s Soup knew that their marketing would cause such chaos, so they planned a divisive campaign to get everyone talking about it.

Yet it may not have been that at all.  As much as people just want to watch the world burn, inclusive marketing is about representation and not drama.

The whole point of inclusive marketing is to portray and normalise the marginalised segments in society.  Whether the critic likes it or not, there are homosexual people that like soup.  But that isn’t the reason they like soup.

Should we be creating inclusive marketing campaigns?

There was a time when the answer to this would have tricky.  Maybe ten years ago smaller businesses might have been advised to stay away from anything that might seem deliberately political.

Because who wants to rock the boat when trying to make a sale.

But now, with the diverse societies that we live in, and the communities that built around inclusion, we shouldn’t be afraid to be inclusive in our marketing.  As a marketer, we shouldn’t assume that every time we depict a new ethnicity that our political leanings will be called into question.  There is no reason we can’t show any loving couple using our products or services; we shouldn’t expect to be called out for pushing any agenda.

There are very few products in the world that are prohibited because of creed, race, ability, sexuality or gender without good reason.

Surely by now, we have all entered the twenty-first century.

It seems that the old marketing guard are changing, and now as Gen Z are entering the workplace and becoming a large consumer group, all arguments are being grounded.  The fight was only ever about normalising the marginalised anyway.

And it is working.

More and more campaigns are choosing to represent the marginalised demographics.

What do you think about inclusive marketing?

We would genuinely enjoy reading your feedback.  Please leave any comments below.

PrevFeeling your pain: how empathy can improve your marketing!
Marketing your business on the roadmap to freedomNext 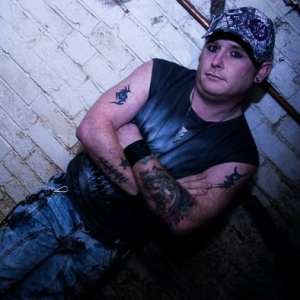